Thousands of property owners, across Raleigh, North Carolina report cockroach sightings, infiltration, and infestation each year. The witnesses all say the same thing, cockroaches are very active and in varying sizes. The cockroach is a member of the “Blattodea” order, which is comprised of six families and 29 subfamilies. A tiny tidbit of information many people are not aware are the termite is integrated into the Blattodea order, which includes both termites and cockroaches.

Scientists have identified approximately 4,400 cockroach species and around 3,000 termite species. The major most visible variance between the termite and cockroach is their coloration. The termite has a soft body that is light in color, while the cockroach ranges between dark brown, reddish/brown, and brownish/black.

Termites colonize, with a queen, king, workers, drones, soldiers, and swarmers. Cockroaches, on the other hand, are believed to be “pre-social”, with the proclivity to aggregate. Both insect species are helpful to the environment, breaking down organic material in their natural habitat.

The Blattodea and “Mantodea” orders are clumped together into a single superorder, known as the “Dictyoptera.” The Mantodea order consists of more than 2,400 insect species, all divided into 33 families, with the “Mantidae” being the largest.

When most people think of cockroaches, they do not give much thought to species, families, subfamilies, or orders. Some of these individuals just know they have been part of a cockroach encounter.

The adult grows up to 2 inches long, coloration ranging between light and dark brown. The species’ most unique feature is a single dark marking that runs longitudinal (up and down) on the the posterior portion of the head. The marking may not be visible at first. But, as you get closer to the insect, it will be difficult to ignore.

American cockroaches are not known to inhabit the human living space. Instead, the insect can be found living in public sewage systems, around water plants, landfills, and along steam tunnels.

The adult grows up to 5/8 of an inch in length, drastically smaller than the American cockroach. The body coloration varies between light and dark brown, with three sets of tan legs and two dark antennas. Like the American cockroach species, the German cockroach species has a unique marking on the posterior portion of its head, called a “plate.” Instead of a single line, there are two lines that run longitudinally. These markings have been deemed “racing stripes.”

The German cockroach is described by entomologists as “prolific breeders,” which means they are continuously procreating or reproducing. The adult female can easily produce 5 capsules with up to 40 eggs each in her lifetime. The female carries her egg capsule attached to the outside of her body, making it very visible during human encounters.

The German cockroach is known to infest human habitats, such as houses, commercial buildings, multi-family apartments, condominiums, supermarkets, bakeries, and food manufacturing facilities. The cockroach builds its nest in proximity to water and food sources, which is why they are often found underneath appliances, kitchen & bathroom sinks, and around garbage bins.

The insect does not have flying capabilities, even though it has a set of fully developed wings.

The Surinam, brown-banded, smokey brown, Pennsylvania wood, Oriental, and the Mediterranean spotted cockroach species are also found in Raleigh. However, their prevalence is much lower than that of the German and American cockroach species.

The species has both genders – male and female, with the former being the larger of the two. The adult female grows up to ¾ of an inch, while the male is about ¼ inch larger, measuring approximately 1 inch long.

The Pennsylvania wood cockroach is more commonly found in the Eastern part of the United States. The cockroach is not a household pest because it prefers the outdoors to the human habitat. The insect has flying capabilities, which are limited to a few feet. Occasionally, the Pennsylvania wood cockroach will infiltrate the human habitat, which is extremely rare. After home infiltration, the insect does not reproduce. Instead, it will begin searching for an exit point to the outdoors.

The cockroach is drawn to porch lighting after dusk. In its natural habitat, the Pennsylvania wood cockroach builds its nests underneath firewood and lumber piles, near clogged downspouts, in cracks and crevices in wood siding.

The adult is one of the smallest species of cockroach, growing up to 1/3 inches in length. The body ranges between tan and dark brown, with pinpoint-sized black spots. Differentiating between the male and female is easy, thanks to the significant size difference, with the female being the smaller of the two genders.

The cockroach made its way to the United States from Europe in the mid-1900s. It is more commonly found in the Midwest. Nests are built along the side of basements and crawlspaces, in gardens, and near sheds and garages.

The spotted Mediterranean cockroach prefers the outdoors to the indoors. Home infiltration is accidental and extremely rare. The insect’s wings allow for short-distance flights that are more common at dusk, flying toward outdoor lighting fixtures.

The adult grows up to 1.25 inches long, with a body that ranges between dark brown and black. The major difference between the male and female Oriental cockroach is the wings. The female is wingless, while the male has wings that nearly span down the length of the body.

Like the American cockroach species, the Oriental cockroach more commonly builds its nest in public sewage systems. The nests can also be found in vacant buildings in inner cities and landfills.

The diet consists of household waste, decaying organic material, and human fecal matter, which is why the nests are commonly located in public sewers.

The adult is one of the largest species of cockroach, measuring up to 1.5 inches long. The body varies between dark brown and reddish/brown. The cockroach is more commonly found in the Midwest, living in landfills, vacant buildings, gardens, and other damp areas.

A set of well-developed wings allows the cockroach to fly short distances. The insect is known to travel in shipping crates, supermarket bags, and other shipping containers.

The insect is drawn to tropical climates, greenhouses, and atriums. It is not unusual for potted plants to be infested with Surinam cockroaches.

The adult grows up to 0.5 inches long, with a body that varies between tan and light brown. The cockroach shares many of the same features as the German cockroach, such as the racing stripes plate on the posterior portion of the head.

The brown-banded cockroach prefers the outdoors to the indoor human habitat.

Why Is My Raleigh Property Infested With Cockroaches?

If your property is infested with cockroaches, the contributor is an exterior-to-interior vulnerability. To prevent further infiltration, we highly suggest a waterproof sealant, stainless steel pot scrubber, foam insulation, or metal sheeting custom-fit.

Cockroaches feed on outdated food and other substances that contain viral and bacterial pathogens. The contaminants evacuate the body through feces, which is highly contaminated. The insect drops its fecal matter along frequently traveled pathways, near their nests, and on food and contaminated surfaces, while foraging for food and water. The contaminants will encounter the ingredients utilized in meal preparation, resulting in foodborne illnesses.

Cockroaches are not all bad. In fact, insects play a major role in repurposing soil by breaking down rotting organic materials. Reptiles in control environments feed on cockroaches once a day, some more often.

What Is The Most Effective Cockroach Pest Control Method?

Our goal is to deliver a desirable outcome in the shortest duration. We do this while protecting the environment and our client’s property and health. Achieving full eradication of cockroaches is never easy, especially when a severe infestation is present. To achieve full eradication, every cockroach adult, egg, and larvae must be exterminated. Only a single leftover cockroach egg will put the home at risk of a secondary infestation.

We work with entomologists across North Carolina. These experts know cockroach behavior, physical characteristics, capabilities, likes, and dislikes. This information is applied to every cockroach strategy, which is always initiated with a visual inspection.

Some cockroach infestation cases are more challenging than others. This especially applies to outdoor infestation, which requires a more in-depth treatment strategy.

When Will The Exterminator Be Available For A Pest Inspection In Raleigh?

We need up to 48 hours to process your pest inspection service request. We highly suggest submitting your service request immediately upon detection of cockroaches in your home.

What Is The Most Effective Cockroach Prevention Method?

A custom prevention strategy that targets your family’s vulnerable food storage system, structural components, and utility line passages. We believe it is crucial to start updating these vulnerable systems before the initial treatment is scheduled to begin. Learn more by reaching out to our Raleigh extermination team. We are available five days a week and some weeks. Our cockroach pest control service includes same-day, emergency, and appointment-only. 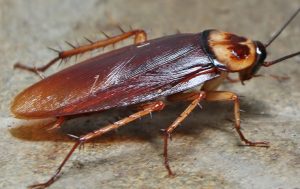