Residents of Raleigh NC are going to encounter a handful of overwintering pests. Although there are other overwintering pests in our area, one of the most common is the Brown Marmorated Stink Bug. Most people call them stink bugs. The stink bugs in our area have come from Asia. They were first found in Allentown, Pennsylvania in the mid-1990s. As the name suggests, stink bugs release a stinky odor from the glands near their thorax. Today, they can be found in many American states, including South Carolina, Tennessee, Tennessee, and North Carolina.

Suffice to say, these pests can be found in our area. Unfortunately, you may run into them at some point. Thankfully, they’re not dangerous, but you’ll still want to remove them quickly.

Reasons Your Home Has Stink Bugs

In general, it wasn’t something you did. Instead, stink bugs want to enter your home because they’re trying to get out of the cold weather. Stink bugs are overwintering pests. They don’t want to get stuck outside in winter. They can enter your home using small entry points. When they’re outside in warm weather, they’ll destroy your crops.

It is essential to learn more about the dangers linked to stink bugs. The good news is that there aren’t any. These pests aren’t dangerous. Use your vacuum to suck them up so you can get rid of them right away.

How To Deal With Stink Bugs

Once you’ve found stink bugs in your home, call our office. We’re eager to help. We have been doing this for many, many years. Therefore, we know how to remove stink bugs quicker and more efficiently than anyone else. We’re not going to let you down.

Certain products can eliminate stink bugs. However, many of these products come with potential risks. For instance, some of them are dangerous. Others aren’t reliable. If you haven’t used them before, you may experience problems. Worm with us and we’ll fix the problem for you.

Remember that the cost of our services is not universal. Instead, the price is going to depend on several factors. First, we need to make sure that we’re only going to use the standard services. Once this has been confirmed, they’ll check the size of your home. Then, we’ll set the price based on the size of the dwelling. You’ll receive a bid price before the treatment begins.

It is often difficult to keep pests out of your home. Nevertheless, you can make it harder. Properly seal your home’s exterior walls. Once you’ve done that, it’ll be harder for them to get inside. Get our office to get tips for keeping them out.

When Can You Start?

Call our office immediately. We’ll get back to you within 48 hours or much sooner. 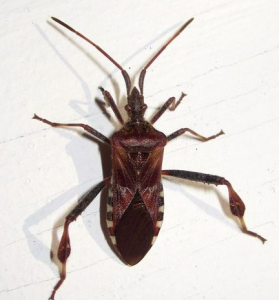